Spatial dimension of the filmic sound; it is the degree to which the diegetic world is stretched sonically. It can be minimised or maximised and fluctuate between microscopic and infinite. 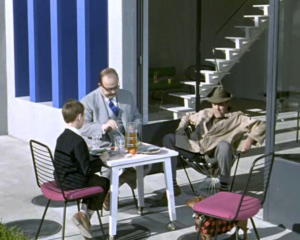 Tati’s “Mon oncle” feature a good example of null extension in the modern house scenes. Maybe to reveal the clinical aspect of the setting only impact and rubbing sound are heard from the characters.

Null extensions are the microscopic degree in which sound of the diegetic world are selected.

Vast extension conveys details and a certain degree of infinity in its depiction.