Audience cognitive construction of time, space and causality through the compilation of two parts at the time. 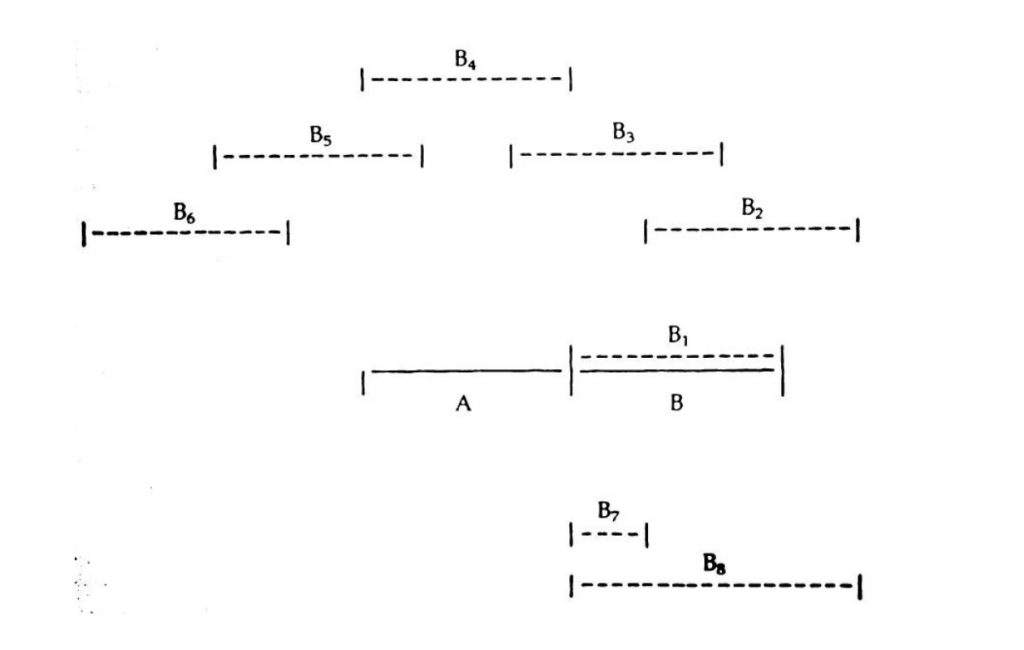 Temporal order
In the figure above, the temporal situation AB1 in the story is created by imagining a particular relationship between the duration of two onscreen spaces, A and B resulting in such story relationships as temporal continuity, ellipsis, overlap, simultaneity, reversal or distortion.

Spatial order
In the figure above, the spatial situation AB1 in the story will be created from a space assumed to include merely a background and a foreground. The temporal change will be made assuming that it will be only effected through the editing of shots. The result of these assumptions is that: